Love After a Heart Stops Beating 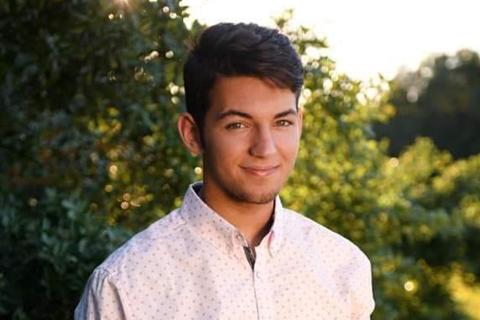 Brennon
Organ Donor
Louisiana
“I could hear him telling me, 'Mom, are you serious? If I could help 70 people, of course I would.'” – Megan, Brennon’s mother

Sixteen-year-old Brennon recovered from so many trips to the hospital that his mother, Megan, thought this would be just one more trip.

Since birth, Brennon suffered from hydrocephalus – a condition that causes brain fluid to build up. At the first sign of a headache, the family would head to the hospital, have the fluid released, and go home. “There had been so many miracles up to this point,” says his mother. But this time, that didn’t happen.

On arrival at the hospital, Brennon’s pain was excruciating. A CT scan revealed that his brain was black and filled with fluid. Brennon was intubated and moved to a hospital in New Orleans. The next week was agony for the family, but it was impossible for them to give up hope. Brennon’s condition continued to deteriorate. Ultimately, he had no brain activity.

Then, a miracle happened thanks to a new process that saves organs for transplant after the heart stops beating. Brennon became the first heart donor after cardiac death in Louisiana. He saved four lives by donating his liver, kidneys, and heart.

Megan knew that Brennon would have approved. She explained that when he got his license in July, he asked his mom, “Aren't you an organ donor?” And I said, “Yep." He said, "Well, I want to be one, too."

He wanted to pursue a career as a doctor. Instead, he was able to save lives as an organ donor. But he also improved many more lives through the donation of his corneas and tissues.  “Brennon, he was just a very genuine giving kid,” Megan added. “I knew that that's what he would have chosen for sure. I could hear him telling me, "Mom, are you serious? Are you even asking me this question? If I could help 70 people, of course, I would do it.”

While the loss of Brennon is still excruciating for his family, Megan has been comforted by how many friends have reached out to tell her what a special person he was.

Shortly after Brennon’s death and donation, his high school English teacher contacted Megan. She’d been going through papers and found something Brennon wrote when he was 14. The assignment — write about “your favorite human quality.” Brennon answered with simple and beautiful words: “Selflessness. Caring about others is important. Caring for other people is what helps us survive.”

Today, many people are surviving —and thriving — thanks to Brennon’s gifts and his family’s generosity.  His legacy of selflessness lives on.

Every day, more than 100 people receive life-saving transplants through the generosity of donors. Whose life could you save? Register today as an organ, eye, and tissue donor.

Brennon’s story is courtesy of the Louisiana Organ Procurement Agency.